CHIDORIYA was born with the name of a fortunate bird, Chidori, from a waka poem related to the origin of Michizane Sugawara.
CHIDORIYA was founded in 1630, the 7th year of Kanei. The roots of CHIDORIYA can be traced back to Saga, where the Nagasaki Kaido, now known as the Sugar Road, passed through, bringing the most advanced Namban culture of the time to Japan.

At CHIDORIYA, we use only safe and carefully selected ingredients to produce original and creative products, such as Chidori Manju, which is made of the finest white bean paste wrapped in sponge cake dough and baked in an electric oven to a golden-brown color, as well as Castella, Maru-boro, and Tirolian.

CHIDORIYA has not been carried away by the times, but has ridden the waves of the times to Portugal, Nagasaki, Saga, and Fukuoka, giving shape to our sincerity and aiming to be an auspicious confectionery shop for the smiles of our customers and society, inspired by the bird of good fortune, Chidori. 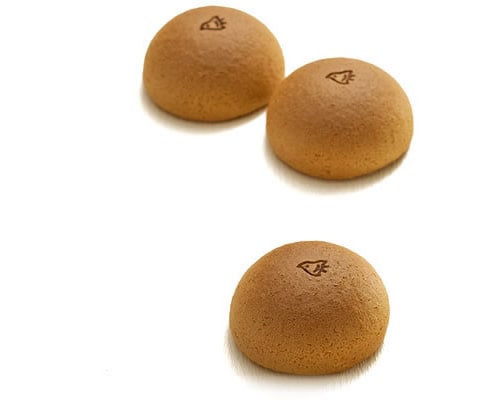 Hakata in Kyushu is the first place where bean-paste buns landed in Japan.
Nagasaki in Kyushu is the first place where Western confectioneries landed in Japan.
The method of making Namban confectionery, which was the most advanced of the time and was introduced by the Portuguese long ago, is still alive and well in Chidori Manju.
Chidori Manju is a traditional confectionery representing Kyushu, the Kingdom of Manju. 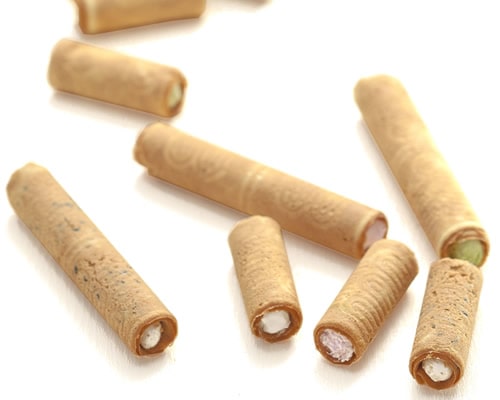 Tirolian is a light-textured rolled cookie baked to perfection using a traditional Tirolian recipe with plenty of milk and butter, and filled with CHIDORIYA's original smooth cream.
In addition to the standard four types: vanilla, coffee, strawberry, and chocolate, there are also Amao Strawberry Tirolian made with Amao produced in Fukuoka City, Yame Gyokuro Green Tea Tirolian made with luxurious Yame Gyokuro, Mango Tirolian made with 100% Miyazaki mangoes, and Tirolian made with Aso Oguni Jersey milk (Kumamon version). A total of eight flavors is now available.
This is CHIDORIYA's representative product that has been familiar to many people since its launch in 1962. 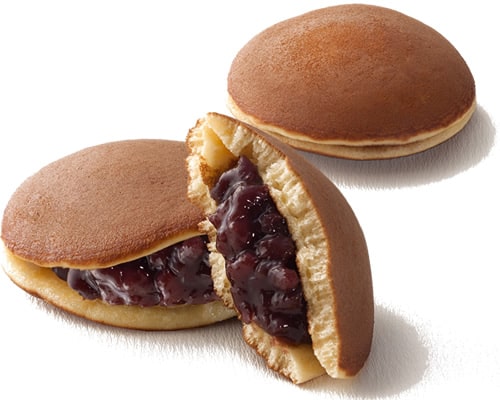 Dorayaki is made with red bean paste which has a rich flavor and aroma.
The dough is baked softly on a copper griddle, the same as the gongs used in percussion instruments, and the bean paste is soft and tender, retaining the flavor of the beans. 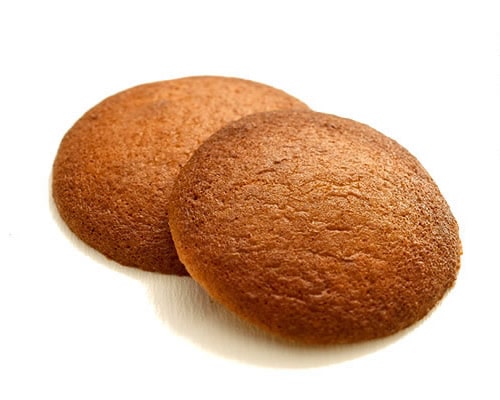 CHIDORIYA has been baking Maru-boro, the origin of Namban sweets, since our establishment. It is widely known as one of the representative sweets of CHIDORIYA.
CHIDORIYA’s Maru-Boro is made of "hand-grown" dough using flour from the Chikugo Plain, coated with plenty of high-quality sesame oil, and baked "by hand" one by one in a fragrant manner.